Pat Patterson has passed away 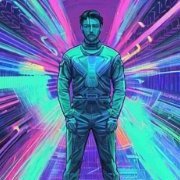