Aside from Adam Page, who could you see ending Kenny Omega's AEW title run? 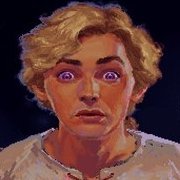