What wrestling biopic would you like to see next? 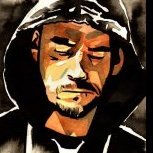