Chair shots to the head 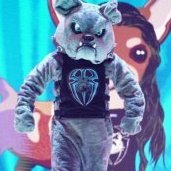