A Recent Pic Of Bobby Heenan 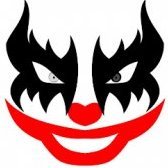